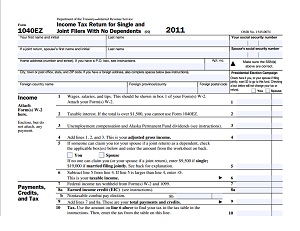 Congress finally put off the inevitable last week and passed the tax cut extension we’ve all been waiting for since the beginning of the year.  If you’re not sure how you benefit from the extension, we’ll break it down for you.

With the signing of the tax cut extension, all income tax rates will remain the same for two more years.  So we won’t see the possibility of  rates going higher until after 2012.  It’s not really a benefit over this year but if the tax cut extension hadn’t passed we would all be paying more taxes next year and beyond.

The tax rate on long-term capital gains and qualified dividends will also remain the same for the next two years.  The tax rate for both will max out at 15% through 2012.  If you’re in one of  the two lowest tax brackets (10% or 15%) you will have a 0% capital gains rate.  You have until the end of the year to rebalance your portfolio to take advantage of these tax rates for the year.

Most people will see larger paychecks next year due to a one-year reduction in the payroll tax (from 6.2% to 4.2%) that funds Social Security.  The tax applies to income earned up to $106,800 or a total possible savings of $2,136 per working individual.  So most will see a 2% increase in their paychecks for 2011.  If you’re one of the few people who don’t pay into FICA you’re out of luck.

There will be no income limits on itemized deductions and personal exemptions through 2012.  The limits were eliminated in 2010 and will benefit the higher income earners for the next two years.

The tax cut extension package also extends to 2012 the tax rules for the Coverdell Education Savings Accounts.  The savings accounts can be used to fund school expenses from elementary, secondary, and college costs.  The CESAs will maintain the maximum contribution level at $2,000.

Most certainly one of the most controversial taxes, estate taxes will be back next year.  Starting in 2011 estates valued over $5 million ($10 million for married couples) will see a 35% estate tax.  If your assets sit above the $5 or $10 million threshold it may be a good idea to sit down with an estate tax attorney to reduce your tax liabilities.

By finally passing the tax cut extension, Congress brought a much greater sense of certainty to individuals and the markets for the next two years.  Although it does come at a price.  The savings provided by the extension will most likely be adding to a growing federal budget deficit.

Beyond 2012 though, everything is up in the air.  By limiting the extension to 2012, taxes just became a major campaign platform for the 2012 presidential and congressional elections.  It’ll be interesting to see how important lower taxes will be then.