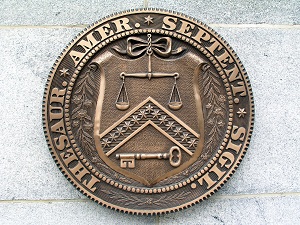 The U.S. Treasury is a charity case.  At least super rich Warren Buffett believes it is, when he announced in Time magazine that he would match any donations made by Republicans that help pay down the U.S. debt.  Not a bad idea.  Get some good PR and make a dent in the deficit.  A small dent but at this point every penny counts, right?  Well, you can contribute, too.

What If We All Got On Board?

It’s a simple question actually.  What if everyone donated $100, $500, or $1,000 to help pay down the deficit.  We’ll be paying it out of our pockets or paychecks eventually.  Why not just get it over with now?  We could even budget it out over the next 12 months.

For as little as $8.33 a month you can make a difference in the U.S. deficit!

Doesn’t sound to bad.  It’s cheaper than that Netflix account you are wasting money on and it’s going to a good cause, keeping my future taxes low.

If we go by the Bureau of Labor Statistics numbers, there are just over 240 million (the civilian noninstitutional population) able-bodied people in this country capable of working.  Thus capable of donating.  We should probably base it off of real workers (just over 150 million) but even people not receiving a pay check are getting some type of government benefit through unemployment, social security, or medicare.  It’s certainly in their best interest to keep the deficit low or risk having these benefits cut.

Currently the U.S. deficit is sitting at over $15 trillion.  For 2011 the interest payments were just over $453 billion.  Which makes the $1,000 donation chump change.  We would have to donate along the lines of $2,000 or more just to keep the deficit from increasing this year.

Of course, this doesn’t include any potential donations from businesses.  Get the businesses on board and we can actually making a dent in that deficit.  The businesses could consider it lobbying money, to keep taxes low.

We should just bite the bullet now before it becomes mandatory with higher taxes.

The Gift You’ll Keep On Giving

Interested in making a donation?  It didn’t take much searching to find a link with some information.  It’s actually right on the front page at TreasuryDirect.gov and leads you to an explanation on the two ways to make a donation:

You can make a donation online by credit card, checking or savings account through Pay.gov.

Or, you can write a check payable to the Bureau of the Public Debt.  In the memo write that it’s a Gift to Reduce the Debt Held by the Public.  Mail the check to:

We can get ahead of the game on this one.  Make your donation today!