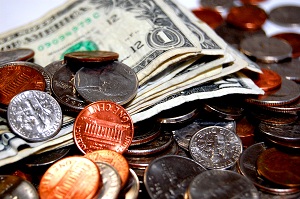 Last week both the House and Senate approved the payroll tax extension, sending it on to the president to sign into law.  Which will happen amid a bunch of hoopla and congratulations about how your elected leaders saved your wallets from the plight of emptiness.

The law, as it did last year, will extend the 2% reduction in the payroll tax that funds Social Security through the end of the year.  Which sounds great.  Who doesn’t want more money from their paycheck.

So what’s the point of the tax cut?  The government lets you keep 2% of your income in exchange for you to spend it.  The theory is that spending your 2% will help the economy grow more quickly. Sounds fair enough, except that money is supposed to be put towards retirement.  At least someone’s retirement with the inefficiency of the Social Security System.

The payroll tax cut is a terrible short-term fix that will only cause more problems down the road when the difference has to made up.  Which is the inherent flaw.  I don’t see any logic in spending retirement money before we retire.  But that’s the government in a nutshell.

If you were to cut 2% of your personal retirement savings would you expect your goals to be met?  Doubtful.  You would eventually have to make up for it, costing you more later, or retire with less than you planned.

So back to the question, what are you planning on doing with your 2%?  Instead of going out and spending your payroll tax cut money, I suggest you save it.  It’s not what the government wants and the economy won’t improve as quickly as our leaders hope, but who cares.  If we’re lucky it will grow slower than expected and the payroll tax cut gets extended again next year, offering another opportunity to save more.

Wouldn’t you rather manage your own Social Security contributions instead of having an inefficient government do it.  By saving your 2%, you end up doing just that.  You’ll get a leg up on your retirement, manage it yourself and guarantee it will be around when you retire.

Ways To Save Your 2%

There are two simple ways of saving your 2%. The first is easy enough.  You can walk down to the human resources department at work and raise your retirement account contributions by 2% of your income.

The second is to open an IRA and deposit the money yourself.  Simple enough and you can set up automatic saving to make it easier.

It’s a no brainer the way I see it.  By doing either of these you will guarantee your money will be around when you retire.  Something we can’t say about Social Security and we can guarantee won’t happen if all we do is spend it.