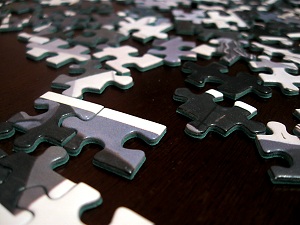 The popularity of the Roth IRA has brought a myriad of questions about which IRA is best for retirement savings.  The answer is, it depends.  Yet, for some reason the Roth IRA keeps popping up as the single best retirement account for everyone’s money.  It’s simply not true.  Yes, it’s a great way to save for retirement.  But only for the percentage that meet certain tax conditions.  For everyone else it’s just a tax paying vehicle, costing you money.

You see, the government survives on tax revenue.  While deferring taxes until retirement is a great idea for you, it has no added benefit for the government today.  So the Roth IRA was born and with it, a way to collect taxes now on your retirement savings.

The Roth IRA rules state, we put after tax money in and at retirement we don’t have to pay taxes on withdrawals.  We tend to focus too much on the “don’t have to pay taxes” part because it sounds so good.   In turn, we’re blind to the fact that taxes are still paid.  It’s after tax money going in, at today’s tax rates.  But it’s not entirely a bad deal.  Under the right circumstances, the Roth IRA a great retirement vehicle.

The argument for the Roth IRA involves it’s added benefits when it should be about tax savings.  There are bonuses, like being able to borrow from it, having no withdrawal limits, and higher taxes at retirement.  All are very good reasons to use it.  It’s the bonus package the government tossed in to make it more enticing.  It doesn’t add any other resale value for most of us, but the hope is it’s enough to convince everyone to contribute and pay their retirement taxes now, instead of later.

The ability to borrow from a Roth IRA might have certain benefits, however small.  I’d argue borrowing money from a retirement account is a bad habit to start.  The no withdrawal limits fit well for those with estate planning needs (assets over $5.2 million for 2012).  Not too many people fall into that group either.

Which brings us to the argument of higher taxes in retirement.  Higher taxes are not a guarantee.  There is also the possibility of the government raising taxes.  Which could happen.  But the government could just as easily lower taxes, as well.  It could also change the tax code entirely and make Roth IRA withdrawals taxable, too.  The fear is to contribute to a Roth IRA, paying a marginal tax rate of 25% only to retire at a lower rate.  Which will happen to most of us.

All of these are “what if’s” that are best planned out by diversifying your income from different retirement accounts with tax deferred (traditional IRA, 401k) and tax-free (Roth IRA, Roth 401k) savings.  The fact is we don’t know what taxes will be five or twenty-five years from now.  What we do know, and what is important, is what our taxes are now and how close we are to the next highest and lowest bracket.

Unless you were a first round draft pick, it’s more likely that you’ll end up in the bottom tax brackets out of college.  That’s just how it works.  Since you are already in the lowest tax brackets, open a Roth IRA and pay the low tax rates now because contributing actually has its benefits.

As you gain job experience, you’ll gain income, eventually reaching the higher tax brackets (25% and up).  Until then you should take advantage of every opportunity the Roth IRA offers.

Great For Those On The Tax Bracket Bubble

This is where you can take advantage of the tax code to our benefit.  The Roth IRA is great for anyone sitting just inside the 25% tax bracket.  The traditional IRA deduction limits allow you to take advantage of the tax code, pay less in taxes, and save for retirement.  You can contribute just enough to a traditional IRA to drop down to the lower, 15% tax bracket, then use the Roth IRA the rest of the way.  That’s working the tax system to your benefit and maximizing your money.

The Roth IRA has its benefits for the right person in the right tax circumstances.  Contributing to a Roth IRA will eventually come down to: