Schloss’s genius was that he knew himself well to build a strategy that fit himself perfectly. He knew what he understood (avoided what he didn’t understand), his risk tolerance, and his personality. And he kept it simple.

For instance, he knew he liked to trade a little, so he allowed enough turnover in his portfolio to scratch that itch. He knew he wasn’t good at predicting the market’s direction or a company’s future earnings or interpreting management, so he didn’t bother. Instead, he focused on a company’s assets and avoided meeting management as much as possible.

Not losing was also a priority. So he naturally gravitated toward Graham’s value investing. He looked for low-priced stocks relative to book value with little to no debt and a long track record behind it.

In 1994, Schloss summed up how he made money in the stock market with the 16 factors below: 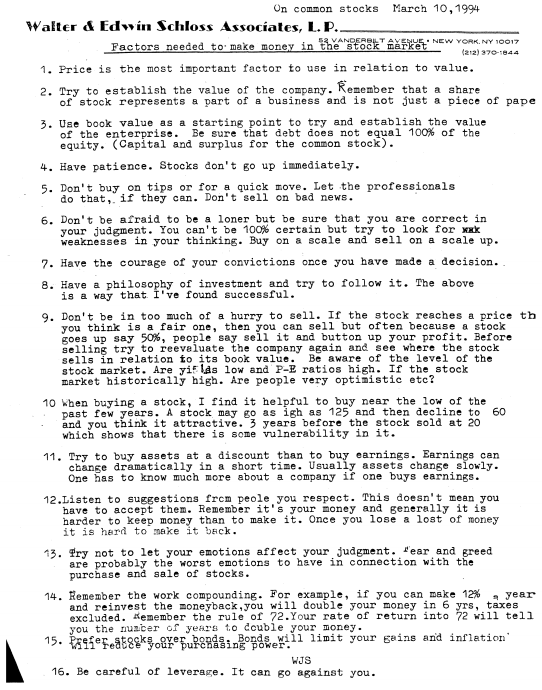 Source:
The Superinvestors of Graham-and-Doddsville
Factors Needed to Make Money in the Stock Market