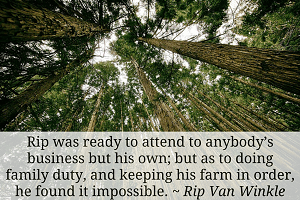 The quotes of many great investors are often misused for a number of reasons. Peter Lynch is one of them. His most misused, and arguable misunderstood, quote is – Invest in what you know. Those five words are taken out of context all the time.

Lynch meant it as a starting point for the do it yourself investor. Too many people take it literally and miss out on Lynch’s real lesson – Know what you own.

To that end, I want to ask you two simple questions.

Do you consider Greece to be a developed country? Does your international index fund agree?

I ask the question because, once again, Greece is causing drama in the Eurozone. Greece, being in Europe, you’d expect to see it among the other developed countries. Right?

You’d be wrong. Okay, you’re sort of right. Your Geography teacher didn’t deceive you. Greece is still in Europe…for now. The indexes don’t see it as a developed country.

In November 2013, MSCI downgraded Greece to emerging market status. That link shows ongoing changes MSCI makes to country classification. Index funds built on the MSCI EAFE and MSCI EM, international and emerging markets respectively, changed with Greece’s reclassification whether you knew it or not. But did you? If not, why not?

Little mistakes can lead to big risks when you stop paying attention. Wiping a country from an index, however small, changes the risk profile of the funds tracking it. The same happens when you add a country, in the case of emerging markets funds.

MSCI is the most well known international index, but not the only one. S&P and Dow Jones downgraded Greece in October 2013. Russell did the same in 2013 too. FTSE didn’t.

Your exposure to Greece depends on which index your international and emerging markets funds track. If you own a mish mash of different indexes, you may not own any Greek stocks or you have twice the exposure to Greece because you own it in both.

Now, investors aren’t buying or selling international funds because Greece got reclassified. And Greece wasn’t going to make or break your international or emerging market performance after the change. The footprint in both indexes sits around 1%. The overall risk is minor.

Still, it’s something to be aware of because if an index can be changed, what effect would a larger reclassification have on your performance? How would the risks of the fund change? How does it impact your portfolio?

Indexes Change All the Time

I call it forced turnover.

The changes are forced by mergers, acquisitions, bankruptcy, or because a stock no longer meets the requirements. The stocks are picked by committee or a set of rules depending on the index. Every time an index is changed, your index fund changes with it.

The committee or rules are not picking stocks to enhance your returns or lower your risks (unless they’ve taken on a dual role in the past few years). Remember, indexes were first built to measure the performance of a section of the market.

The criteria is different for each index. The companies running indexes have to differentiate themselves. You, the index fund owner, are just along for the ride. You’re not only buying an index fund, you’re buying all the changes that come with it.

This is especially true for long term investors. Say you bought an index fund ten years ago. Chances are high that the fund you bought then, looks nothing like the index fund you own now. What would it look like twenty years from now? How would those changes affect your portfolio and risk level?

Change is neither good nor bad. It’s just different. Sure the type of stocks should be the same, but the actual – countries, stocks, and risks – will be very different. Different may or may not fit with your investment plans after ten or twenty years. It’s a Rip Van Winkle effect. Anyone not paying attention will be caught off guard by the slow creep of change.