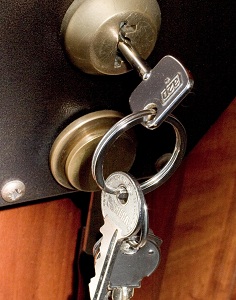 The first-time home buyer credit provided tax help to anyone who was eligible.  The bad news is, it may have to be repaid.  Depending on the circumstances, it could even be a lump sum amount due at the tax deadline.

Back in 2008, the government had a plan to nudge would be first-time home buyers into taking the plunge into the housing market.  It was a good first idea.  Then in 2009, the government extended and changed the rules.  Much to the dismay of the 2008 home buyers, but it worked a little better through 2010 when it ended for all but some military members (ending for them in 2011).

Recently, the IRS changed it’s notification process for everyone that took advantage of the first-time home buyer credit.  In the past everyone would have gotten a reminder letter in the mail before they had to file a tax return.  A good idea, since some people may have to repay the credit.  But the IRS no longer sends reminders in the mail.  Now it’s the participants responsibility to look up their account information online.

The IRS Account Look-up will tell you the amount of your credit or repayment amount.  If it turns out you have to repay the tax credit just follow the IRS instructions for filling out your tax return.

The idea for the first-time home buyer credit in 2008 was an initial one time tax credit that had to be repaid over the following 15 years until 2024.  It basically was an interest free loan from the IRS to help first time home buyers with a little extra money.

If you took advantage of the first-time home buyer credit in 2008, you must repay the tax credit.  Just know going forward that the IRS won’t be reminding you every year.  It’s best to be diligent and check your account around tax time.

The IRS has a few exceptions to not repaying the 2008 tax credit.  But don’t get your hopes up.  Repaying over the 15 years looks good compared to the alternatives.  One exception involves death, the other divorce and loss of the house, and the rest involve a lump sum repayment on the remaining amount.

Unfortunately for those who took advantage of the tax credit in 2008, the government changed the repayment rules the next year.  Too bad the rule change wasn’t retroactively applied to 2008, but that’s the government for you.  It’d be a nice conversation starter the next time you run into your congressman.

Once 2009 rolled around, the new tax credit rule stated that you had to own and live in the home for three years.  As long as that rule is followed, no repayment is necessary.  Not a bad deal for anyone who waited to buy their first home.  Just keep paying that mortgage each month and don’t plan on selling or moving until the three years is up and you’re good.

Anyone who took advantage of the first-time home buyer credit in 2009 will be hitting their three-year mark (from the closing date) at some point in 2012.  If you don’t meet the three-year time limit, the IRS has repayment triggers.

If any of the triggers are met, you’ll have to repay the full amount of the tax credit.  Those triggers include selling the house inside of three years, converting it to a business or rental property inside of three years, or the home is destroyed and you don’t rebuild or buy another home within two years.  All things to consider before moving or selling your home inside of the three-year time window.  Taking the time to double-check will save an unexpected repayment when it’s time to file your taxes.

With anything tax related, take the time to talk with a tax professional before filing any forms on the first-time home buyer credit.