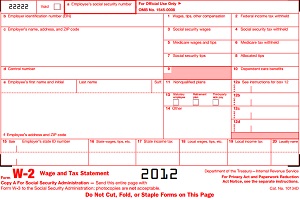 The last-minute fiscal cliff deal made several changes to the tax code. Most of the new tax law focuses on the 2013 tax brackets and tax credits and deductions going forward. One key area of concern were tax policies that expired at the end of 2011 but hadn’t been renewed for the 2012 tax year.

The American Taxpayer Relief Act retroactively restores many of those tax credits and deductions for the 2012 tax year.  In turn, it could affect your tax return due this April.  Hopefully, in a good way. It’s just too bad it took Congress until January 1st to fix the code. As I point out below, it’s caused a delay to the tax season that will affect many taxpayers.

The focus will only be on fiscal cliff tax changes that directly impact the 2012 tax year and your 2013 tax returns.

The higher education deduction begins phasing out at $65,000 for single tax filers and $130,000 for those married, filing jointly. One word of caution, you won’t be able to claim this deduction if you also claim the American Opportunity Tax Credit. You or your accountant will have to decide which provides the most tax savings.

Teachers and other K-12 educators will, again, be able to deduct up to $250 for out-of-pocket expenses. This was retroactively returned for the 2012 and 2013 tax years only.

Your going green effort wasn’t overlooked by Congress. If you bought anything last year that met the Energy Star requirement, you’re in luck. That means qualified windows, doors, insulation and appliances. The tax code allows up to a $500 credit for energy-efficient improvements made in 2012. There’s a lot of small print on this one, so plan on doing some light reading if you qualify.

Traditional IRA owners are required to start taking required minimum distributions once they reach 70½ years old. All distributions are considered taxable income. Which could push you into a higher tax bracket and drop your eligibility for certain credits and deductions.

One way around this is was to make a qualified charitable donation of up to $100,000 from an IRA. The donation is considered a required minimum distribution. This was retroactively applied to the 2012 tax year and extended through 2013. Once again, you can make a charitable contribution directly from your IRA, assuming you meet the requirements. Just make sure any donation now won’t be money you’ll need in a few years.

There is a small window of opportunity still available. You have until the end of January 2013 to lock in any donations for the 2012 tax year.

The raising of the Alternative Minimum Tax (AMT) has been an annual right of passage vote. Over the years, the AMT has been increased annually by Congress because someone wasn’t smart enough to add an indexed for inflation clause to the law.

That all changed with the Fiscal Cliff deal. Starting in 2012, yes retroactively, the AMT income limits will be adjusted for inflation each year. It’s to bad it wasn’t retroactively indexed since inception. For the 2012 tax year, the AMT kicks in if your taxable income is more than: $50,600 for single filers and $78,750 for those married, filing jointly.

The last important notice. The IRS announced a delay in the tax season this year. It will start eight days later than originally planned. Thanks to Congress’ last minute changes, the IRS needs time to update their system and redo several tax forms. Several won’t be available until late February or early March. You can find the complete list here. Remember, if you can’t finish your return because of the late form releases, you can always file for an extension.

January 30 will be the first day the IRS accepts tax returns. I’ve already made adjustments to the tax deadline for this year. You should too. Despite the late start, you can still get started early on your tax return. The major tax prep software are updated and ready to eFile completed returns once tax season begins.

Want to file your taxes online?  Turbotax and H&R Block both offer easy to use and understand tax software, with free eFile!

You can find the complete Affordable Tax Relief Act here, in its entirety, for you to peruse at your leisure.