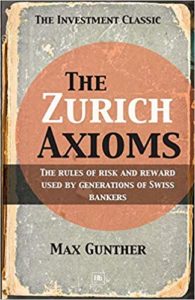 The Zurich Axioms is a book about managing risk and reward. Twelve Axioms define how to think about risk and uncertainty in such a way that you’re more likely to be rewarded than not.