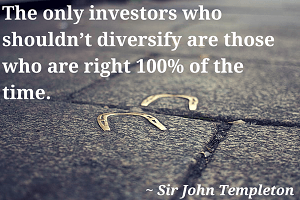 What happens when you combine a six year bull market in stocks with low interest rates and a persistent view the Fed will raise rates soon? You get a lot of speculation that stocks and bonds might both fall in value. The big concern lately is how will investors react if stocks fall and see the bond portion of their portfolio fall too.

The idea that stocks and bonds act as a counterweight of sorts is the basis of diversification. Having that balance disappear, could cause investors to overreact and change their allocation to stem off further losses.

To that end I thought I’d dig into just how often stocks and bonds fall in the same year and what happened the rest of the time.

How Often Both Fall

Only three of the last 87 years ended with both stocks and bonds losing money. I can only speculate on what the exact cause was, but investor sentiment played a hand in it. Here’s a bit of stock market history for you:

I think its safe to say, stop worrying about something that doesn’t happen often. History shows it’s far more likely to not happen. Even if both assets fall at some point, the other possible outcomes easily make up for it.

It’s a simplistic allocation since most investors diversify beyond the S&P and 10 year Treasuries. Still, I doubt you’ll find a better argument for diversification then 97% of the time stocks and/or bonds rose in a year.

Stocks perform very well on their own about 73% of the time. It’s the other 27% that gets investors into trouble.

Stocks drive your portfolio when they rise. Bonds act to soften the blow when stocks fall. It’s a good thing too. As you can see from the table, when stocks do fall, bonds rise most of the time. Having a portion in bonds helps to limit your overall losses when stocks fall.

The bond counterweight has a downside though. The bond portion of your portfolio will always miss out on all of the stock gains. You can see how much higher stock returns are compared to bonds. The higher range of gains is what everyone is after. That’s just human nature. Handling the lower range of losses is why you own bonds.

Investors get in trouble when they forfeit the balance between stocks and bonds for whatever reason – greed, missing out, or chasing returns – only to watch stocks fall and see their entire portfolio take a hit.

This is why it’s so important to stick with your allocation even when stocks seem to only go in one direction. Nobody knows exactly when stocks will turn. But when it does happen you want some bond exposure to break your stocks fall.