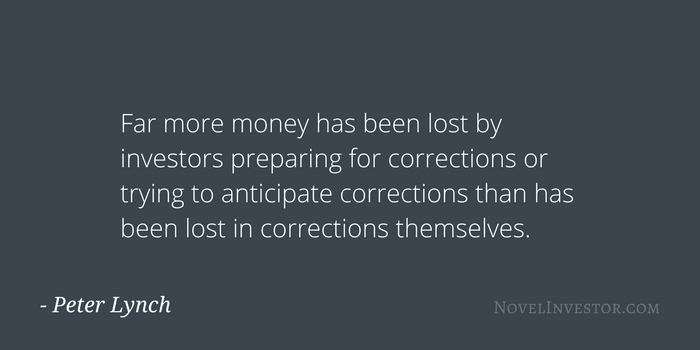 But that’s how investor perception plays out: either the good times will keep rolling or things will get worse.

The sticklers can argue about dates. It’s been a great return…for those who earned it.

Because let’s be honest, over the last nine years, how many people have tried to get out ahead of the impending turn?

And that brings me to the reminder from Peter Lynch (it’s from ’96 but the point is no less relevant):

As long as I’m revisiting an old topic, I can’t resist a chance to repeat some key points in brief, in case somebody out there missed the sermon. Here are some things to think about.

Of course, not everyone thinks there’s an end in sight either. I’m sure some investors believe “about 15% annually” is the new market normal. Well, the message above should help put the likelihood of that 15% into context too.

Source:
The 5 Percent Solution – Worth