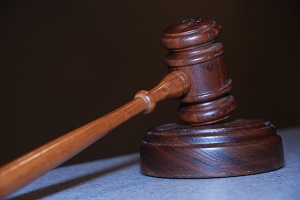 There are many investing debates where serious investors latch onto their choice and once locked in rarely waiver. There is growth versus value. You have index versus mutual funds. Active versus passive is probably the biggest. Yet, every investor has an opinion about stock buybacks versus dividends.

At the heart of this debate is earnings. Rather, what’s the best use of earnings for the shareholder. When a company earns money, it uses some of it to further grow and strengthen the company. What happens with the rest is up for debate.

Speaking theoretically, earnings are used to increase shareholder value. By that I mean, as investors, we want the most efficient use of earnings because it provides the best return on our money. What the company does with earnings becomes very important.

In this theoretical utopia there are three things a company can do with earnings:

Between dividends and buybacks, the most efficient way to do this is buybacks. Every time a company repurchases shares, it increases a shareholders ownership percentage. Since ownership is a direct link to earnings, a stock buyback increases our piece of the earnings pie. If buybacks are consistent, that percentage increase in ownership will compound over time.

Say a company with 10 outstanding shares wants to buyback 10% of those shares. So we’re left with 9 shares. If I owned 2 shares or 20% of the company before the buyback, afterward I would still own 2 shares but 22% of the company. Any other buybacks would only increase my ownership.

Dividends, however, aren’t as efficient. Thanks to taxes, we lose value every time the government takes its cut. Worst case, that leaves us with $0.80 for every dollar in dividends. So we lose 2o% of our buying power when reinvesting dividends. We’re left with a lower percent of ownership than if the company had purchased shares for us.

Rarely does theory play out perfectly in the real world.

The real world likes to throw curve balls. Management makes mistakes. Shareholders think they know better (sometimes they’re right). Companies hold onto or distribute more earnings than it should. And sometimes the most efficient option is to put any distributions to work somewhere else.

There’s more but it leads to multiple reasons why neither buybacks or dividends are more efficient than other.

The most overused argument for stock buybacks is the tax treatment. The fact that every $1 in dividends isn’t really a dollar, it’s actually $0.80 to $0.85 after taxes.  (Okay, maybe not always. There are exceptions, if you’re in the lowest two tax brackets or using a tax advantaged account like an IRA or 401k. In other words, it’s the investors job to tax plan not management. In which case taxes are irrelevant.)

The reality is, buybacks are seen as an alternative to spending money or doing nothing. When a higher growth rate can’t be accomplished through other projects and the stock is undervalued, buybacks are the best use of earnings.

Of course, the best argument for buybacks is that investors simply don’t reinvest dividends. And when they do, it’s no more efficient than if the company did it for them.

The reality is, it’s easy to see the benefits of dividends. The immediate tangible results are a big selling point. The simple idea of getting paid from an investment is what drives many investors. You can’t deny the mental impact it creates. Being able to see consistent quarterly payments in your account offers a regular reassurance that your investments are working. Even if it’s not theoretically perfect or the most efficient it’s hard to argue with the psychology behind it.

Sadly, much of this debate can be chalked up to bad management that make imperfect decisions with earnings. If that’s the argument for one over the other, then why invest in a poorly managed company.

Personally, I prefer whichever gets me the best return for my dollar. Remember, dividends and buybacks are a result of the company earning more than its capable of wisely spending on growth, strengthening itself financially, and increasing its competitive advantage, not the other way around. That means the company is doing well and management is doing its job.

Should the shares be undervalued, by all means buyback stock (I view it as a special dividend with a lower tax bill). But only if it’s the best use of that capital. And I don’t need a dividend to know my investments are working. Again, if the company can reinvest that money at a higher rate than me, by all means keep it.

Sometimes the best argument for those earnings is neither. The key focus should be on acquisitions or projects and R&D for long-term organic growth. With those options exhausted, then the stock buybacks vs dividends debate can begin.