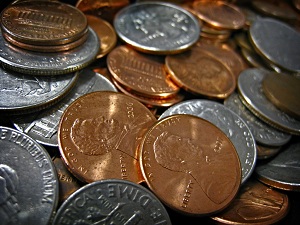 Call it Taxmageddon, a fiscal cliff or just a nightmare, the impending 2013 tax rates increase could turn out to be a disaster for taxpayers.  As it stands, there are several tax cuts set to expire at the end of this year.  All of which could impact your income and the economy.

The economic impact of major tax hikes should be enough for Congress to act.  But that’s not all.  There are also impending spending cuts going into effect on Jan 1.

What will most likely become a key part of the election debate, the 2013 tax rates won’t be dealt with until December.  This leaves a gaping void for taxpayers and businesses on how to proceed for the rest of the year.

This is why it’s never too early to look at potential tax changes.  It might save you money later.  Of course, to do that, we need to look at the potential 2013 tax rates.

The 2013 federal income tax brackets were finalized with the signing of the American Taxpayer Relief Act.

Back in 2010, the Bush tax cuts were extended for two years.  These expiring tax cuts will increase the income tax, long-term capital gains tax, and qualified dividends tax.

When we compare the possible 2013 tax rates to the 2012 tax rates it doesn’t look good.  These increases will have the biggest impact on your income and might just change how you investment going into next year.

The payroll tax cuts will also expire at the end of the year.  This amounted to a 2% reduction in the payroll tax that funds Social Security.  The reduction gave a small boost to employee paychecks for the past two years and helped bolster a slowly growing economy.

There are several other tax policies set to expire or take effect in 2013.  Those include:

When you add it all up, the total tax increase amounts to about $500 billion.  Which should make a good dent in the economy for at least the first half of 2013.  If the markets haven’t started forecasting this, it will.  It’s just another reason to review your investments early and get a little defensive.

The reality is $500 billion may not sound like a lot when we compare it to the U.S. economy.  It amounts to about 3.4% of the entire U.S. GDP.  To put that in perspective, early economic growth estimates for 2013 fall between 2% and 3%.  Simply put, the 2013 tax rates increase could wipe out about a years worth of economic growth.

There are bigger implications, though.  The tax hike will eventually trickle down to affect job hiring, personal and corporate spending, and a slew of other economic indicators that could all turn south.  All signs point to a stagnant 2013 economy that could bleed into 2014.  And Congress understands this.  At least they say they do.

Of course, the fiscal cliff does have its benefits.  Letting all the tax cuts expire will provide a nice windfall for the government and help cut the deficit considerably over the next decade.  This doesn’t take into consideration any Budget Control Act spending cuts that are set to automatically kick in at the start of 2013.  Which will just add fuel to the fire.

By Congress not acting, it puts the markets on the defensive.  Even though the basic belief is that something will be done by December, we’re still stuck in limbo by an inactive Congress until something is done.

While we wait to hear the final results for the 2013 tax rates, it’s always good to have a Plan B.  A few options might include setting a lower U.S. equity allocation, slowly moving into more tax advantaged assets, or just being more conservative with your investments until the 2013 tax rates are finalized.  Regardless, being ready for any possible tax changes early can save you the headache of dealing with it later.